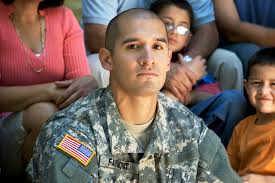 Bob (not his real name) was in a crisis. Thirty-five years old, married for 10 years, with two young girls, this U.S. Marine veteran, who served two tours in Iraq, was at risk of losing the job he had held for the past nine years. An unannounced audit of his company issued laptop computer revealed the secret he had managed to hide from his wife, children, and co-workers. In a flash, the curtain that hid his secret would be unveiled and his secret exposed.

Bob came to our office for help with his addiction to viewing Internet pornography. He is just one of about 72 million people that view Internet pornography each month. Ten percent of those viewers will experience anxiety, financial loss, unemployment, divorce, isolation, arrest, depression, alcoholism or drug abuse.

Internet pornography is believed by some to be more addictive than other, traditional forms of pornography (e.g. print, films) due to the Triple-A Engine: Accessibility, Anonymity, and Affordability of sexually explicit Internet material. Some researchers define Online Sexual Compulsivity as a condition that exists when ongoing use of online sexual activity interferes with occupational, social, or recreational functioning. Those who experience such problems often report feelings of loss of control of the ability to manage or stop the activity or to reduce the impact of these activities on overall functioning. While compulsive behavior does not always indicate addiction, when compulsive behavior is continued despite serious and adverse consequences, addiction is present. Sexual addictions are considered by some to be arousal addictions because the effects of sexual activities on the brain are similar to the effects produced by other substances.

Treatment modalities may include both inpatient and outpatient interventions. Because the majority of those who seek treatment for addiction to online sex also have more pervasive sexual and chemical addictions, depression, and other disorders, inpatient treatment may be particularly effective with many addicts. Outpatient treatment may include individual, couples, and group psychotherapy, as well as participation in 12-step and similar peer-support groups. Whether treatment is offered in an outpatient or inpatient setting, many researchers stress the importance of imposing limits on cybersex use and enlisting the help of others in maintaining boundaries.

If you or someone you know is being controlled by their compulsive sexual actions, please contact us today to find the help you desire.